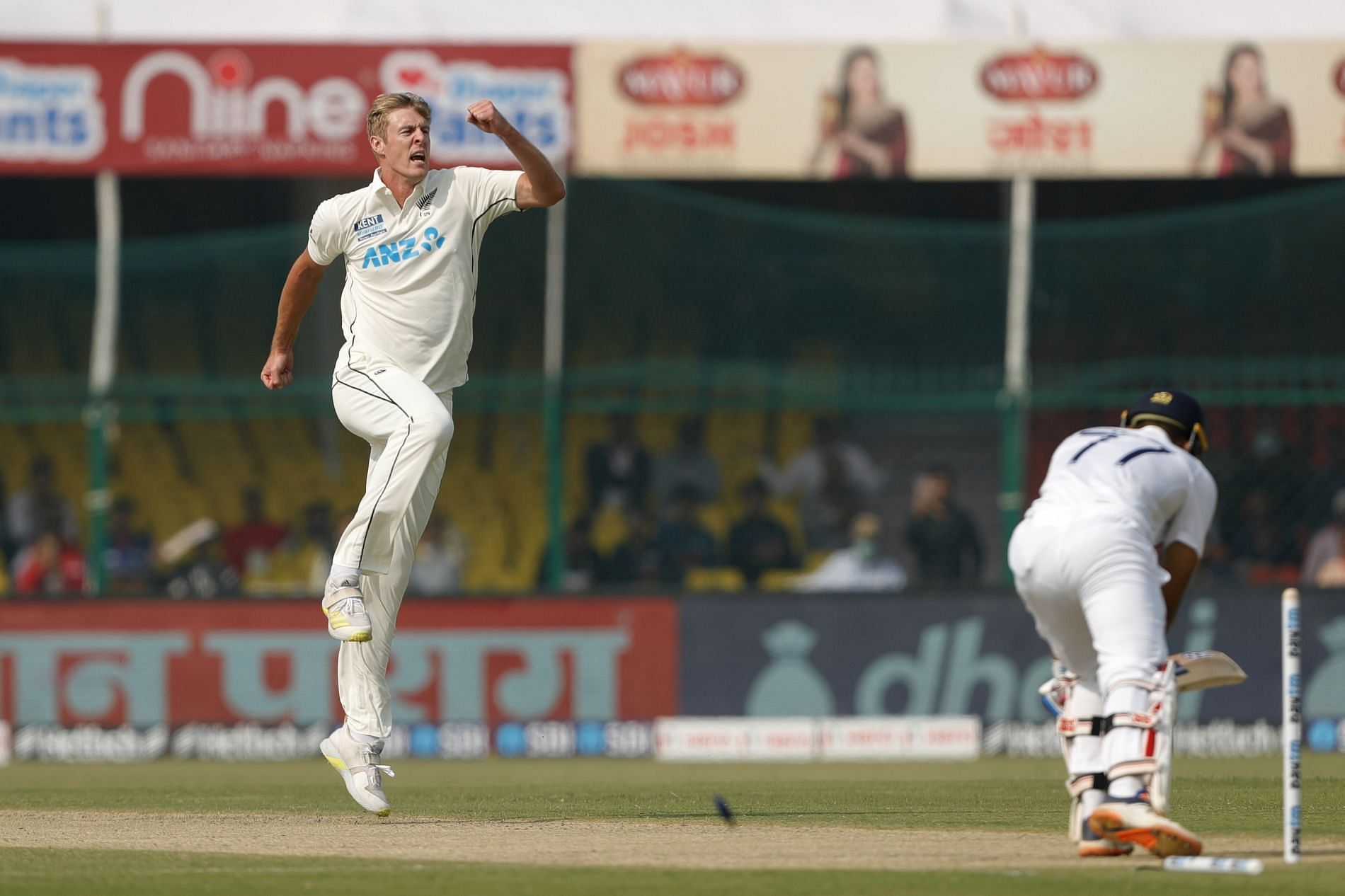 New Zealand pacer Kyle Jamieson has admitted that enjoying within the IPL forward of the Test series in opposition to India undoubtedly benefited him regardless of the codecs being contrasting in nature.

Asked if enjoying within the IPL helped Jamieson put together for the series in any approach, the tall pacer asserted that it did. Speaking at a press convention on the finish of Day 1, he defined:

“Obviously, it (IPL) is a very different format but I got experience of some of the conditions over here. I also got to experience India as a whole. Anytime you get different experiences that you can learn from, it definitely helps your game, regardless of the country or the leagues. It helped me grow my game and gave me lessons that have been good enough to take on board moving into the series.”

The Kanpur sport is the primary occasion of Jamieson bowling in a Test match in Asia. Asked if he made any particular changes to arrange for the problem, the Kiwi pacer replied that it was extra about engaged on the psychological aspect. He mentioned:

“No, not a huge amount (of changes). From a mental perspective, I probably tried to get my head around not trying to change my game. I was pretty lucky to have guys like Tim (Southee) and Wags (Neil Wagner). For me, it was about taking my game and slightly adjusting to what was put in front of us.”

Jamieson and Tim Southee had been picked as the 2 pacers for the Kanpur Test, whereas Neil Wagner was overlooked.

“There was a little bit of variable bounce” – Kyle Jamieson

Jamieson acknowledged that there was a touch of variable bounce on Day 1. Asked if the considerably uneven nature of the floor helped his bowling, the 26-12 months-outdated identified:

“There was a little bit of variable bounce. Don’t think it was a huge amount. We didn’t see it throughout every spell that the balls were going up and down. The odd one did stay a little bit low but I didn’t see the actual difference on the whole. You just have to try and hang in around there. When pitches are the way they are, you kind of try to bang around the off-stump, where it can get a little bit up and down.”

Apart from Jamieson, Southee (1/43) was the one different bowler to take a wicket for New Zealand on the day as all three spinners went wicketless. Backing the sluggish bowlers, Jamieson acknowledged:

“I don’t think there was a lot of assistance for them. We haven’t seen balls turn big or go low or spit. So all those would probably come into the match as the game goes on. On Day 1, they wasn’t a huge amount of help for them.”

New Zealand’s three spinners, Ajaz Patel, William Somerville and Rachin Ravindra, despatched down a mixed 52 overs by which they went for 166 runs.

Four groups are on a bye, so all leagues may have some searching for replacements for Aaron Rodgers, Davante Adams, Nick Chubb, and D.J....
Read more
Sports