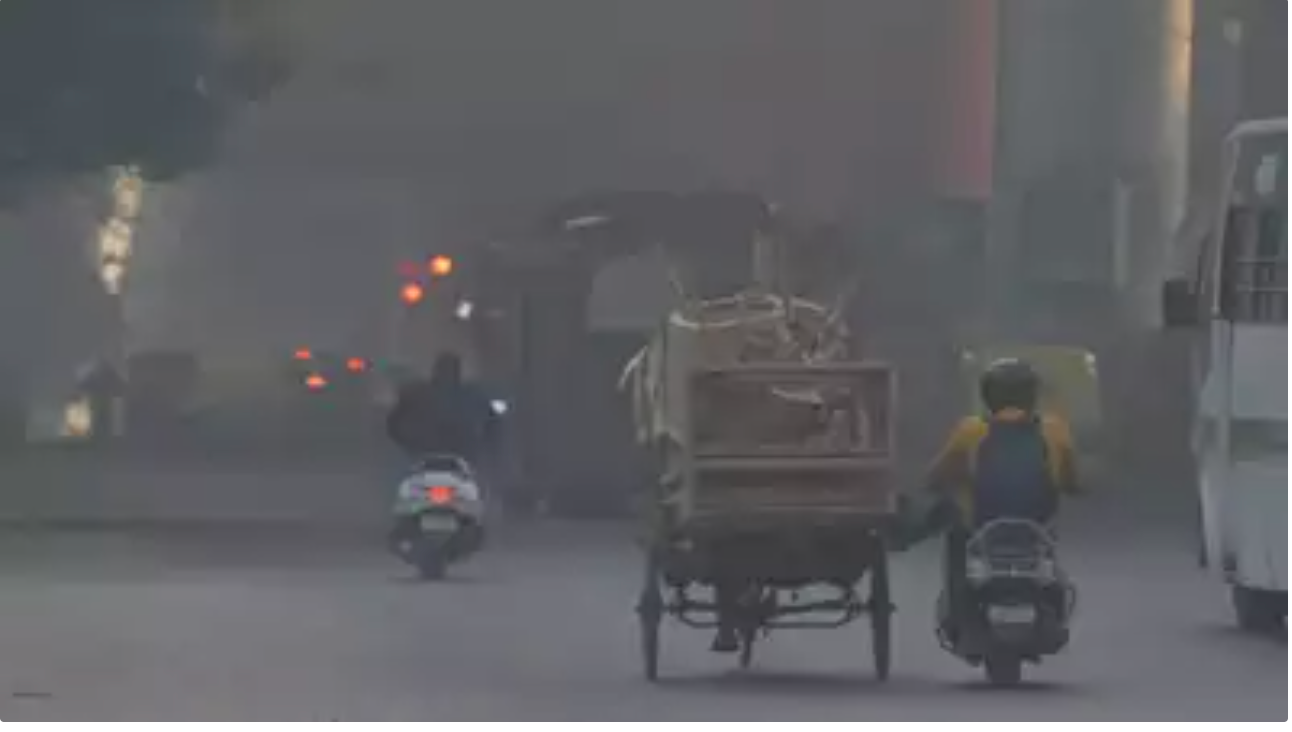 The 24-hour common Air Quality Index (AQI) of Delhi was 400 in ‘very poor’ class at 4 pm. However, it slipped into ‘severe’ class by 6 pm, reveals knowledge from the Central Pollution Control Board.

Poor visibility was noticed throughout morning hours at each Safdarjung, which is the town’s base climate station, and Palam. “At Safdarjung, absence of the winds caused shallow to moderate fog/smog with visibility at 400-1000m range from early morning till 10am. Palam reported relatively higher visibility in the range of 1,000-1,200m till 10.30am,” stated RK Jenamani, senior scientist at IMD.

As the share of stubble burning to Delhi’s PM2.5 was solely 6%, consultants stated native sources of air pollution grew to become outstanding as meteorological elements like calm or mild winds, low temperature, excessive moisture and low mixing layer peak hampered the method of dispersal of pollution.

System of Air Quality and Weather Forecasting And Research stated air high quality was more likely to stay within the increased-finish of ‘very poor’ class for the following few days.

Anumita Roychowdhury, government director analysis and advocacy, Centre for Science and Environment, stated, “As the share of stubble burning has become negligible now, local sources of pollution in Delhi and NCR are becoming prominent. To prevent further worsening of the situation, action against industries using non-cleaner fuels and polluting vehicles should be strictly enforced.”

The contribution of Delhi’s transport to the town’s PM2.5 is more likely to be 15% on Friday at 8.30 pm, in response to the choice assist system developed by Indian Institute of Tropical Meteorology, Pune. The share of Delhi & peripheral industries is estimated to be 7%, whereas emissions from Ghaziabad and Gautam Budh Nagar are more likely to contribute 9% every to Delhi’s PM 2.5 throughout the identical time.